The following self-portrait was taken from in February of 2001 while I was enrolled in an art photography class (Art210) at the University of Miami. We printed on 8×10 semi-gloss paper with actual chemicals, using real film. However, this photo was cropped from the proof sheet, which was only recently scanned in. While processing photos with film is an interesting process to learn, I surely prefer digital. 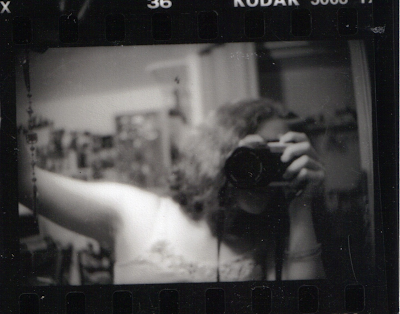 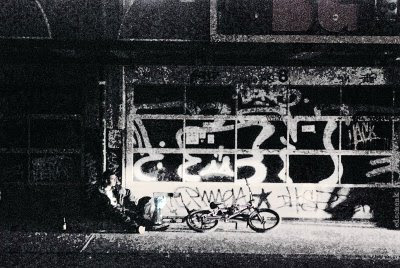 Tonight across a vast geography I'm sleeping in my mother's house.

A neighbor talking to herself endows these young surroundings.

Chastening what comes and lifts away.

Compliance or to fill up your glass
in accordance with fear/exoteria/brethren,
or not to bewail or complain
by proxy or Post modernism,
complexity or prolix

Nouveau. Parameters, my machine
your hefty androgyny strokes my
flesh, as an objective human.
Au revoir mes animaux! Your Arcadia
is fictionable

"Prebiosis" Xoana anon, symbi-shape-shift
newspeak, cerulean for knowledge free
of money, philosophia. He coerced money
for charity and in this sense

was biblical. Bay, to opportune blame,
detail for an emotion, a Werewolf at your
table. Carte Blanche, esoteria, our medicine
is prebiotic, preordained. Symmetry

or the cascading of objects is a night
by stars and moon
a Hopi prophesy,
your pillow, moth, monath
con habitude?

I am compliant with pebbles on a beach
the anxious whispers of the wind. Blue blue
is our knowledge natural? As, of nature
it comprises. Flora expires
for clouds sit dark, dark hue and low
Posted by Crescentsi at 12:21 pm 4 comments: 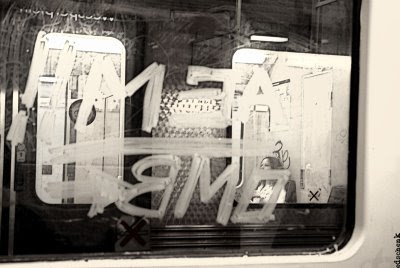 Some specks of grace avert an otherwise clear view of landing

While lace, near gray, warm beige

Another pattern on the ceiling that amounts to watermark

A many-pebbled place to sit or walk
Posted by Sheila Murphy at 5:49 am 3 comments: 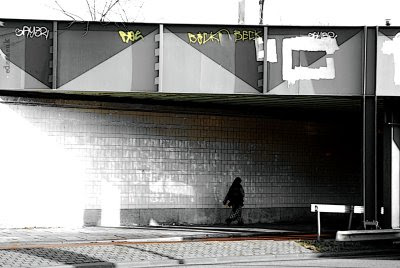 Sleep is sacrament, she told us, as we learned not to be children anymore. We were amazed by (had become) her own (image and likeness) likened to (the whirl of safety while we slept). And when we woke, we were newborn again. Or plural any rain day. We would saunter down the lane with purpose. We would carry with us what we slept. The surprising way of being was the chance of half arriving there, with all our personalities imparted.

Sleep is choice, she said. We wandered into unplanned scripts. We told some outer being we would be the same as quiet silk. We thought to have obeyed our hearts. It was enough to know the color that preceded quiet. Then we knew what we could not have strained to make.

Sleep is art, we learned. And in the midnight chapter of the story, unnamed birds would sing long trellises of snow. And in the wan light of continued slumber, there would be unnoticed punctuation starting to take flight. We would not know enough to cling to where we were. We knew not where or how. We stayed with midnight, clothes released to outer air. Nothing imparted had been learned. Again, we held our view, noticed and blended.

Posted by Sheila Murphy at 6:17 pm No comments: 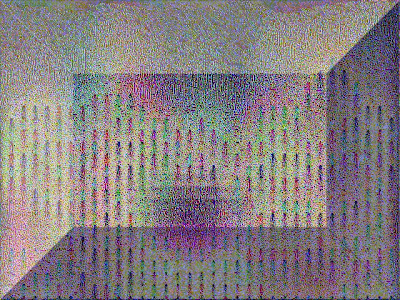 The person who tells time

in a telling glass

The cup person experiment is on

of course
Comments are warmer than the cool cool person

The angle of the corner will always cool off / alleviate

The corner person's a stranger

All warm ideas are at a loss

I replicate ideas. And they get cooler.

All the good comments speaking about

the safety in corners.
Posted by carmen racovitza at 12:11 pm 8 comments:

Warm cup brought good feeling,
said the scientist I listened to.
on public radio.
Not the cool glass, but the warm cup.

This experiment was replicated many times.
A respondent would be asked to hold a cup.
If the cup was warm, he/she expressed liking for the stranger,
who was nothing more than an idea.

Every time a different person who had held a warm cup
was asked about a stranger, he/she felt good about the person
whom the scientist suggested.

I almost always hold a cup.
I like the concept of a stranger.
The person who is no more than a concept.
I don't mind telling you.
Posted by Sheila Murphy at 6:28 am No comments:

shiver astride the beams
of moonlit
summer if you must

solo as slalem watched
from every which way
in the distance
a night prayer
Posted by Sheila Murphy at 12:26 am No comments: