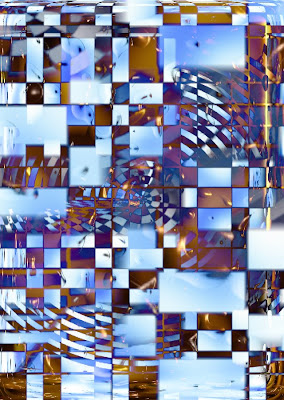 Well, good grief I always had a feeling that conceptual art was sh*t

innocence (each night) is earned
again.

unless you land
a silence
to enlist mental dry goods
into gift,

no more memory but making.

the approbation
not needed
now to equal always.
Posted by Sheila Murphy at 3:48 pm 1 comment:

When we reach the stage in a democracy of repetition*, then we enter the "dream phase"; our alter-ego or soul, individuality finding expression through aspiration and fantasy.

A commerce-based, legislative democracy aspires to mediocrity and conformity. Individuality is compromised, indeed it could be argued that individuality is non-existent. The subjective becomes objectified, so identity becomes an objective representation... a name or number. It can be argued that objects develop a mystique (consumer goods, for example) so they acquire subjective connotations.

Individuality finds expression through the "dream phase". Technology is a major tool in our present "dream phase" and the Internet is its primary theatre - a theatre for everyone, presuming that everyone can afford to have access.

Money assumes a mythical status, representing the subjective; its artificiality (via credit cards, direct debit payments/loans and computerized, numerical representation) give it a mystique that ascends money to the status of religion, love and the arts. The artificiality of this quasi-invisible substance becomes a representation of a representation - a fluid, opaque, near-nothingness that can cause your home to be repossessed or can leave you bankrupt.

Internet self-promotion equals "everyone as an artist or author" and ties in with the concept of the "Death of the Author". This is democratic, in the best sense of the word, but the primacy of object/objectivity that we experience leads to a state of Internet users as actors who are permanently in character. This is our expression of individuality, repressed by an overtly commercial culture, an unerring, self-fulfilling narcissism that confuses fantasy and reality and leaves identity or soul objectified and reduced in status to "virtual reality".

* Democratic repetition is the stage, where money and role become more important than personal aspiration due to personal need (expression of self). Hence, a situation where similar tasks are repeated for similar ends. Academic, artistic/creative and other needs (such as public service, health care, etc.) become, primarily a means to achieve profit, rather than the primary aim to educate, entertain, or serve the public, etc.

Ultimately, the "dream phase" asks for more than the repetitive physical motions of objective representation. Eventually, the mechanical and physical give way to Romanticism (including romance) where individuality/the soul craves expression and people find this expression through any means they can. However, for many in the West, religion, particularly Christianity are currently off the agenda! So secular means of self expression are now more important than ever.
Posted by Crescentsi at 1:36 pm 1 comment:

the crucifixition will be televised.

Watching the sigur rós’s “vaka” videoclip less than a hour ago I did remember the cruel conclusion I have settled, back in 2005, for “astroenteritis” plot :

Christine, an agnostic 9-year old girl, a nurse’s daughter, permits being tortured and then being sacrificed for ending the World War III in a political negotiation before planet earth dies. Then, planet earth stays alive despite the ozone layer is already destroyed.

I wanted, and now I want it back, to “un-sexualize” my Jesucristina character so the message don’t astray from the focus, which its strong message is comparing children as defenseless and tortured beings in the same way non-vegan people permit with animals.

Moreover, videoclips as the mentioned above and shocking movies as “voces inocentes” make part of this “hidden” truth about children being tortured everyday.

….. I think this is the proper ending for that shocking storyline of mine; even it’s too painful for me in making it and I suppose that’s the reason why I had left this possible conclusion behind.

. So this deadly ending leads to the present separated realities of Araeallia & Innita para No, in the World War IV.
Posted by No at 5:14 am 1 comment:

if you would aftercare your way into the heart of a child
you would be holding an adult who might (childlike)
love you for eternity.

and if you spoonfed selves of yours to looking up in light
to light to mimic what light does you would long have been
blessing probability no matter how pinched the small end of the curve.

the wool of evening answers lawn mist and some shoulders have so little
left to carry after hours. many champions seem hollow now that quiet
comes to be presented as simplicity and things to be forgotten are let go.
Posted by Sheila Murphy at 3:36 am No comments:

auspices of silhouettes remain
the lines touching the other lines
the lines enmeshed in being
quite the smooth indulgent lines
the atmosphere of taking
what is offered and bestowing
blessed use upon an object
being yet another object
intersecting
Posted by Sheila Murphy at 5:41 am No comments: 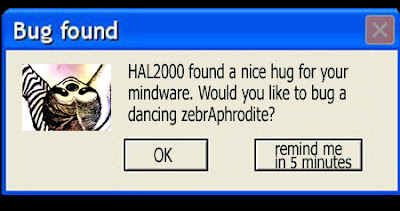 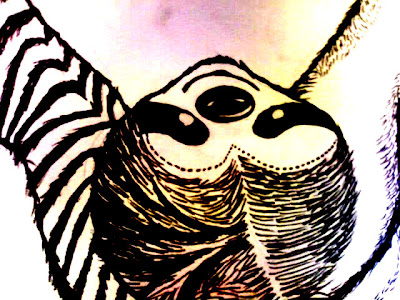 Posted by carmen racovitza at 10:37 am 8 comments:

rinsed down by water
inflamed homemade dessert
its cost defrayed by minor spurts
refined and washed away
simply withheld for good
Posted by Sheila Murphy at 10:23 pm No comments: 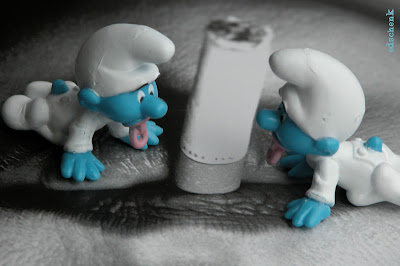 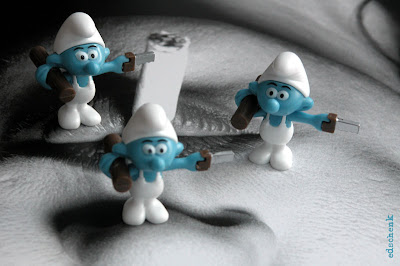 she prays sleep
and all the world
extinguished

equals all the world
present and sure
for ruth here sleeping
Posted by Sheila Murphy at 5:11 am 2 comments: 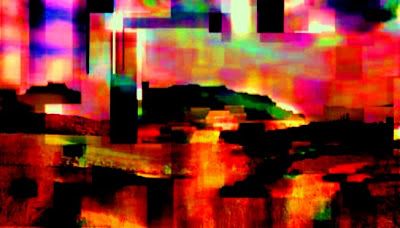 in me a vortex eats out column reality

Posted by carmen racovitza at 11:40 am 4 comments: 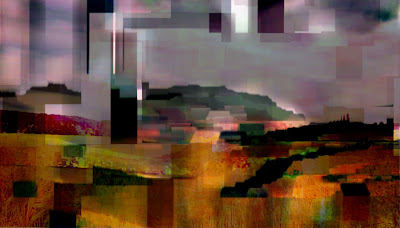 British landscape through the eyes of a computer/artist.
I am happy for people to use this image collaboratively - with any art form (e.g. video, music, art, text, etc.) Creative Commons Copyright (Attribution) applies link.
Simon Harris 20/03/2008
Posted by Crescentsi at 10:55 am No comments: 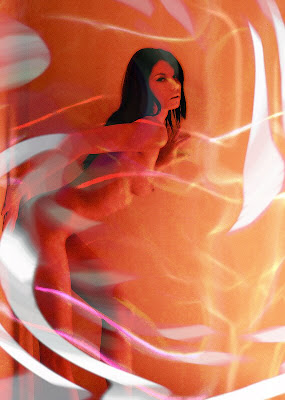 Thank you to Miss Boux for allowing me to use her fantastic photograph in this picture. Here I'm trying to depict movement, or imagined movement.
Simon
Posted by Crescentsi at 9:51 pm 3 comments: 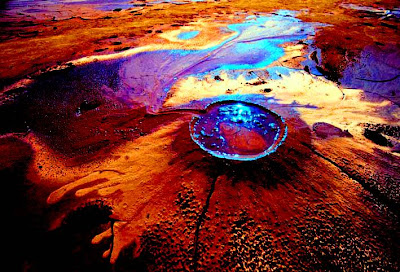 Posted by carmen racovitza at 6:06 pm No comments:

The inaugural issue of Black Robert Journal is online

gloves save the queen

gloves save the queen:
make us victorious,
happy and glorious,
our future is dream,
gloves save us all! 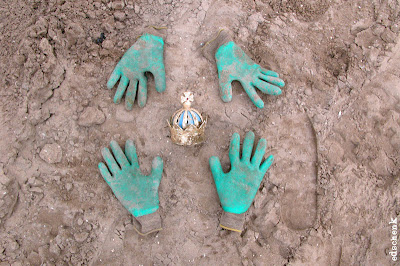 this is my// print

do me//in happiness
by painting poems with art

i know this alien poem by heart:
"Plymouth, Simon"


Plymouth, Simon
Posted by carmen racovitza at 9:14 am 2 comments:

this is not the art

May I whoreship at the high church of capitalism?
This is the art
not the writing of it
not the painting nor
the dancing of it
A fine art by happiness
this art of doing
I am driving to Plymouth

Plymouth doesn't own me,
It owns capitalism

I am an alien in my own land
Our culture is any culture
Our art is our first steps
to doing, undoing knowing
by this art happiness
by this we seek each other
Posted by Crescentsi at 8:21 pm 6 comments:

something like my portfolio, algo así como mi portafolio :

Nicolas Ulloa: "chilling is my business and business is good"

Nicolas Ulloa is an accomplished graphic artist born in Bogotá to a family of artists. He specializes in multimedia work, web design and motion graphics.
He recently has studied under award wining animator Carlo Guillot.
He has exhibited his illustration work at Galeria Colombiana De Diseño where he won the call to participate in the homage to Lewis Carroll “unbirthday”; where he was selected among hundreds of contestants.
This young talent surprises us with his broad range of skill and sensitivity in his drawing.
Known for being a musician and a composer in his personal as well as client based projects. He is the founder of the Ska pioneer band Skartel Sound System, which has shared stage with the legends like The Skatalites and “Autenticos Decadentes”.
Nicolas Ulloa’s biggest design project to date, was his collaboration on the the uber-website, that combines the best of sites like MySpace and you tube for multinational Cognizant; a member of NASDAQ 100. This project encompasses an internal social networking website with thousands of members worldwide, where Nicolas’s participation in this mega project, included, Games layouts, Motion Graphics videos and collage style layouts, which gives it a unique concept and a fresh Image of a well traveled connoisseur that adventures the world without limitation and brings closer together the company’s employees.

Q: Nicolas, how long did this project lasted and how where you involved in it?
A: This is a project where I participated as a freelance Graphic Designer working from Bogotá, commissioned By Lead Dog, which works with another marketing agency in Bogotá. It lasted about 4 months. My participation included the making of more than 58 web pages layouts with 9 basic layouts and adobe after effects animation for the videos and wallpapers.

Q: What personal projects are you working on now?
A: I am working on my solo music projects of electronic contemporary music. Including rock, Latin music and reggae.
I also have a radio. And in the design ground I have personal projects where I create animation based on my music. 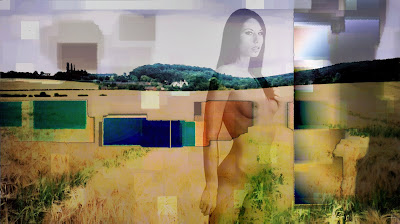 Visual comment on the perceptual merging of virtual reality and reality. A big thank you to Miss Boux for allowing me to use her excellent photograph in this picture.
Simon
Posted by Crescentsi at 5:14 pm No comments:

chastity concludes at home.
or thereabouts. winter
resolves itself,
one noun at a time.

I lived where there were drifts
again. the motor noticed
the ingredients of chore,
one at a time.

one ventured across roads
that seem impossible from distance
and in vivid past tense.
one fears resonance entirely.

one becomes a moon
in which the hopeful
notice their demise.
and make it never necessary again.
Posted by Sheila Murphy at 7:05 am 2 comments:

The
Internet is Useless

A see thing mass of spectra
your cunt is brittle
Mrs James put the cat out
left for the night
spectre, speeching for del abre
my antelope is deer
fantasies wrought right
our Eastern sunrise,
laughter at the shopping mall

flowers "take care" disappear
in atmosphere it goes good
brother our Sundays are Photoshopped
re appear now cold like spheres
Tech Station, re education
The Times supplement, a magazine
here, you bent your body in
half I lick your wounds
illumine, disappear
Posted by Crescentsi at 3:51 pm No comments: