Thank you to Miss Boux for the use of her photographs in this image.
Posted by Crescentsi at 11:31 pm 2 comments:

from THE DAYLIGHT SECTIONS (91)

now she becomes a mineral ingredient
to be preserved
and evidence whitewalls the tinge
of who she was before
slipping toward present tense
against some better jazz
for glyphs to be repaid to savages
made whole before disturbing nature
as informal grasp
Posted by Sheila Murphy at 11:56 pm No comments: 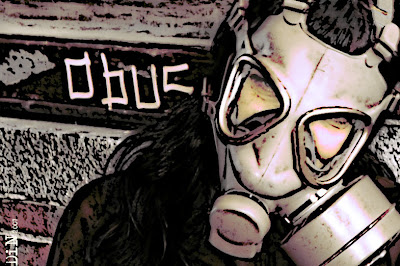 from THE DAYLIGHT SECTIONS (90)

against improbability
lest there be window light
gone wrong and warming
changing other blooms
Posted by Sheila Murphy at 5:46 pm 1 comment:

from THE DAYLIGHT SECTIONS (89)

dogma
matriculates as
you were considering

the long life
of legroom
mid

cabin
prone in
addition to sequence

of referred glyphs
present and
accounted

for
resplendency equals
only half equations

from
conforming brethren
as light is

effortlessly quenched for
what holds
still

considering
a placement
of whole text

vexing as non
response to
pressing

questions
spawned by
many more questions
Posted by Sheila Murphy at 8:42 pm 1 comment: 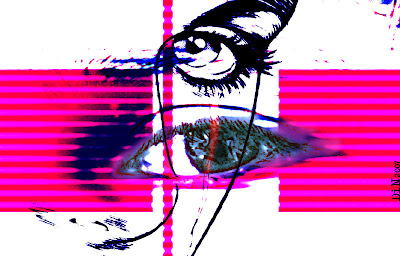 a drop of clear
saline fluid
secreted by
the lacrimal
gland
Posted by ed schenk at 1:02 am 5 comments:

Time, the Internet and Intellectual Freedom

Time has a habit of becoming a kind of habitat. An aujord'hui ou demain, a perceived place that one attempts to live in. Of course the irony of this is that time is intangible, a perceived construct rather than an actuality.

Time is the human, solipsistic perception of flux. Time does not exist, but the alteration of things does exist and is perceivable.

The Internet acts as a kind of stasis that "transcends" flux and the huge rate of and amount of change that we experience in the real world. Ultimately, to attempt to transcend change is a way of creating immortality, a timeless, youthful, anonymous arena of no real cause and effect, no responsibilities.

From this point of view, the Internet becomes an alternative reality or utopia, or if one prefers, heaven.

Today, in the West we are an immature society, unable to value emotion or spiritual things. Obsessed with youth and physical appearance, the measurable and palpable and the immediacy of need, we create values that over protect children and demean experience and maturity.

We can no longer wait for "heaven", a christian heaven, an Egyptian "after world" or any other kind of religious heaven, we must have it right now! We must selfishly grasp at it in a vane attempt to experience immortality, while we are still living! Living with pain, accruing wisdom, patience and long-term relationships are strongly discouraged as they require time, self discovery and hard work. We should take a pill to relieve a slight, manageable pain, we often prefer casual sex or short-term relationships, rather than marriage or long term relationships, and so on so forth.

Perhaps we should ask why the Internet has become so popular with the public over the last decade or so, when it has been with us for much longer? This is not just to do with computer companies advertising their products ever more voraciously, it is a reaction to Western society - reality. Along with the increasing rate of change we have an increasing amount of fear, due to this flux. The change that was intended to increase freedom for everyone, has resulted in a reaction that attempts to halt this change. We have developed a situation, in the West, where we can instigate huge amounts of change, but we have not considered the consequences. In fact we cannot deal with the consequences because we have not prepared for this. We don't have the maturity, experience, time nor patience to cope with it.

This has resulted in a restrictive society, where freedom of self expression is compromised. The days of discussion groups, the autodidact, the free thinker have long gone and have been replaced by organised packages of "truths" that are force fed to us through colleges, universities, television, the Internet, etc.

Of course, the Internet is not necessarily a bad thing, it allows for a personal expression that real society no longer has any space for. But, the Internet is not everything it seems. Intellectual freedom does not come without its consequences. The ideas that are created via the Internet and may well influence the real world, should be viewed with caution and maturity. Human intelligence manifests, typically in creativity. It would be difficult to argue that the creation of a nuclear bomb was a good thing. Is genetic cloning a good thing? Creativity for the sake of creativity, so beloved by the Surrealists is not always a good thing!

Our journey towards greater interaction with and via computers has its own problems. The isolation that many people feel in our restrictive and over-mechanised Western civilisation, can be exacerbated by too much Internet usage. Indeed, the development of escapism into computer worlds, may simply exacerbate the problems of society, rather than allow for a mature approach to virtual reality and its link to the real world. The fleeting and hypereal freedom that we experience on the Internet can easily be controlled or censored by powerful Internet companies. This has recently been observed on the Flickr photography website (Yahoo).

Time passes, or at least the perception of alteration and atrophy is accurate. However much we attempt to escape atrophy and change, it will always be a human reality. Science plays with cryogenics and genetics, hoping to cheat death. The acceptance of aging and death is a far easier thing to achieve! The Internet poses questions and frees us, but it's promises are often compromised.

Perhaps we should look to ourselves and our individual and collective common sense, maturity and wisdom, rather than taking a passive role, swallowing the biases and half-truths of education and the media?
Posted by Crescentsi at 9:08 am 2 comments:

http://www.lulu.com/content/840898
The Case of the Lost Objective (Case)
by Sheila E. Murphy
Description:

This vibrant collection of new work by Sheila E. Murphy encompasses both lineated and prose poems. In addition, for the first time, selected prints of Murphy’s visual poetry, some included in private collections and in gallery exhibitions, are presented in book format. The range of work within these pages attests to the versatility and depth of this poet, and invites being read aloud to reveal the full range of perception and innovative use of language. 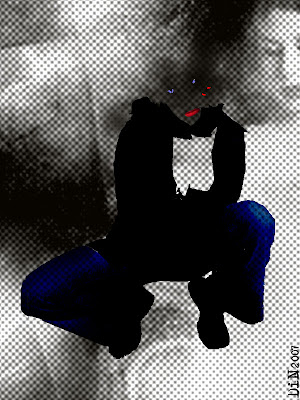 Duality on the Road

(I love how the light reflecting creates a dual image. No photomanipulation.)
Posted by Rose at 5:17 pm 2 comments:

from THE DAYLIGHT SECTIONS (88)

listen to white
tea be
white

one
cannot shift
quality of lingering

knowing being valuing
and valuing
being

the
whole truth
and nothing but
Posted by Sheila Murphy at 6:30 am 2 comments:

His Eye, That Mouth, Her Hand 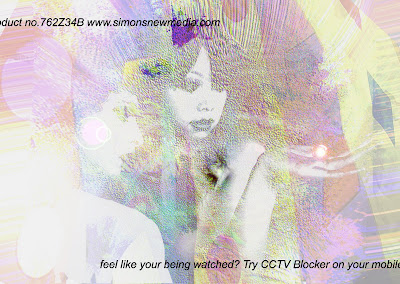 Thanks to Neon, Aroonda and CGRob for allowing me to use their art in my picture
Simon
Posted by Crescentsi at 1:03 pm 5 comments: 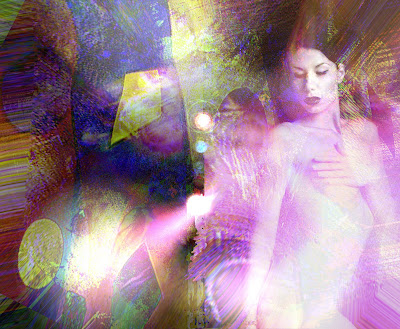 Thank you to Miss Boux and CGRob for letting me use their art in this image.
Simon
Posted by Crescentsi at 8:06 pm 2 comments: 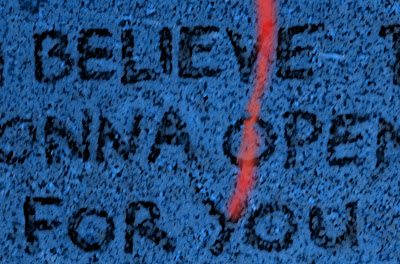 reasoning to contradiction equals surreality equals hypereality equals human condition (all rights reserved) equals animal anima animus animalism the (a)pathetic sexual fallacy equals human rights equals movement chord equals hypothetical thruthfulness conjecturous apple equals momentary fixation equals the need for immortality the need for flesh the need to flesh out emotions thought and other things I cannot see I cannot feel I cannot hear I cannot sense not even through spatial awareness? only consciousness inexplicable and I am conscious therefore I am (displacement slippage) 1122133583
reason = consciousness
Posted by Crescentsi at 12:16 pm No comments: 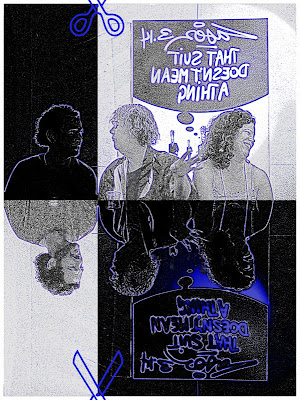 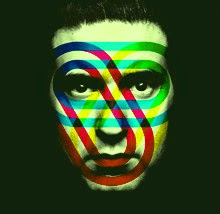 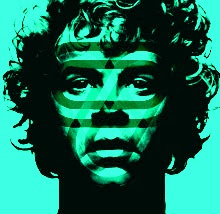 To Sheila Murphy, with love
Posted by carmen racovitza at 12:56 pm 5 comments:

now I think
I'm concentrate
on just this versus
its many implications
for you that have nothing
to do with me
Posted by Sheila Murphy at 12:38 am 2 comments:

and precipice defines the ice reserved
for other times of year when one of us
is never here and there are oceans also
not a part of this equation's invocation
Posted by Sheila Murphy at 4:51 am 1 comment:

this poem makes sense buy space on t'internet
which is no
space at all is
it? to 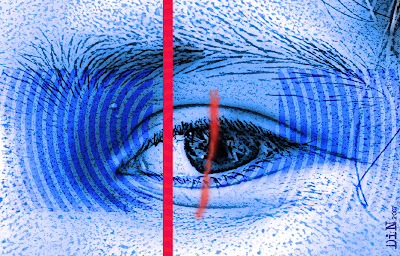 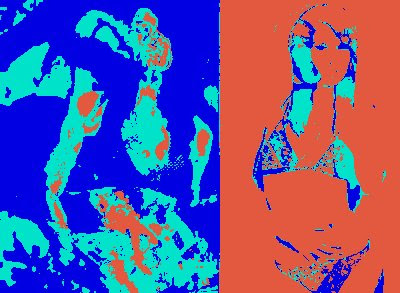 Posted by carmen racovitza at 10:01 am No comments: 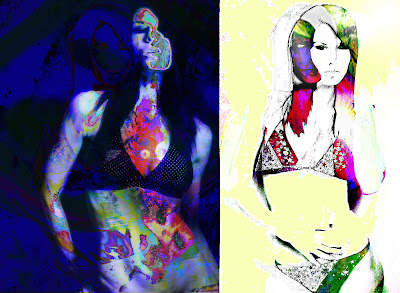 Thanks once again to MissBoux
This is less commercial than I've been doing, recently. Any feedback appreciated. Not yet completed.
Simon
Posted by Crescentsi at 9:30 pm 3 comments: 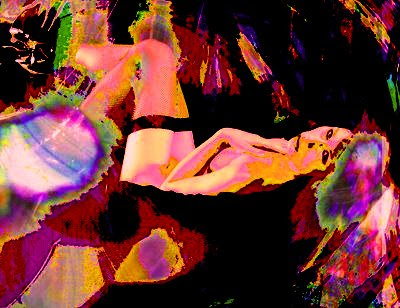 Posted by carmen racovitza at 7:39 am 5 comments: 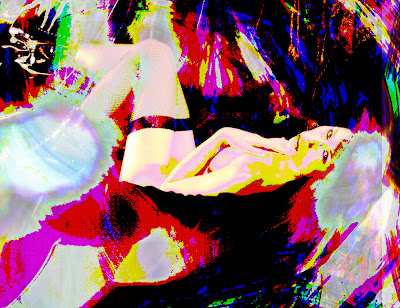 Thank you to the sexy Miss Boux for allowing me to use her photograph in this image :-)
Simon
Posted by Crescentsi at 11:04 pm No comments: 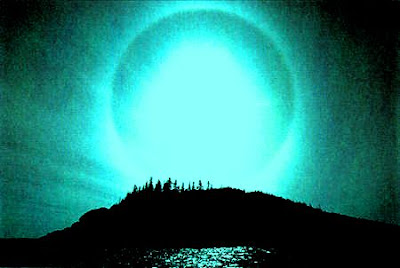 the man merchant with his images fixed on theTalking explorer
thoreau explored amateur ponds
jacques also explored vastest vastest sea beds
america in
not a Broken america ....robert amerigo henry... yours ....frank
named america
no law landmass fighting for a found sailor man,
or for a horizon and a way