As the Light Shines I Shall Seek You 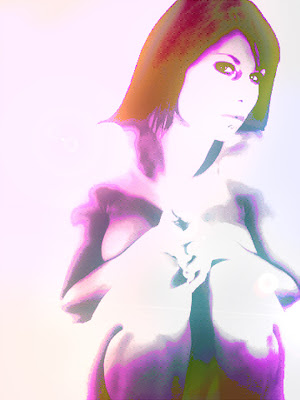 A painting with light......
Original photograph by the beautiful Miss Boux
Simon
Posted by Crescentsi at 3:19 pm No comments: 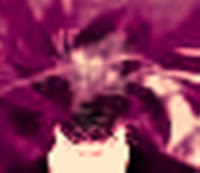 World War III, the quick international devastating war in april 2006, is over; the aftermath is a destroyed/killed ozone. Planet earth is undead. Sunlight is lethal and human race has been world widely mutated in 2 stages : a huge crowd of omnivorous zombies and a minority of veganvampires.

It's present time (2007) and since then, there's an ultraviolent quarrel between mentioned zombies and vampires:
zombies want to devour vampires' brains and insides, and vampires are defending from them, killing them in self defense or biting them for injecting them blood and so, "un-zombies-ing" them. it seems veganvampires are losing but there's still one hope to earth: a girl where remained life-essence is contained.

Araeallia, a veganvampire, is learned about the existence of that woman but she didn't believe it, even when she saw her face to face .....

This is the real state of the world right now. The world as we see and perceive it right now is a dream. We are dreaming this living-ozone state, but in real life we are killing us in the middle of a raw war.

www.myspace.com/araeallia
Posted by No at 11:41 pm 2 comments:

file
filed under
romance of idealism

one write love
into cadence
sprawling

across
individuation as
imagined the way

mother used to
prophesy full
on

music
waits for
no one whole

this night equals
every other
night

trust
my take
on honesty multiplied
Posted by Sheila Murphy at 4:09 am No comments:

You are in a bright cave.
A small yellow bird sits in front of you
A mean ogre is approaching rapidly


What is your command? attack

The Art of Rewriting Old Games
October 19th, 2007 by Geoff Draper in
Audio/Video
Take some of the 8-bit games you enjoyed as a kid and update them for the new generation.

The opening lines of Nellan Is Thirsty (Figure 1), an old text adventure game for 8-bit home computers, say “You are in a room called the Bank. A giant carpet on the floor says Welcome....The BANKER, Mr. Klinkoyn, looks sleepy.” If you don't recognize those words, you're not alone. It is one among thousands of open-source programs written during the 1970s and 1980s that have gone out of popular play.
The Art of Rewriting Old Game
October 19th, 2007 by Geoff Draper in
Audio/Video
Take some of the 8-bit games you enjoyed as a kid and update them for the new generation.

The opening lines of Nellan Is Thirsty (Figure 1), an old text adventure game for 8-bit home computers, say “You are in a room called the Bank. A giant carpet on the floor says Welcome....The BANKER, Mr. Klinkoyn, looks sleepy.” If you don't recognize those words, you're not alone. It is one among thousands of open-source programs written during the 1970s and 1980s that have gone out of popular play.
Posted by carmen racovitza at 9:04 am No comments:

an apt floater he is
-flat, clever, hyperpernicious-
who switches places and opens the claw...
et voila !
a virtual garden-garage
an idiocarpark
a neat domicile - a Gamelan esodrone
emerges

the kernisphere of the phloem-
like a deft knuckle bone - metatarsal ??
actually
a fiddler-peddlar
causes
scary mello/vibraphone juggling tricks
for the public

a dust motleyhat
Posted by carmen racovitza at 10:30 am 2 comments:

Posted by Crescentsi at 5:55 pm No comments:

the shelflife of attaction
falls, a season's shining
eases

winter approaches
as the point
of needing nothing
perfectly

one limbs along sans leafage

ceilings form an overhang
of shelter 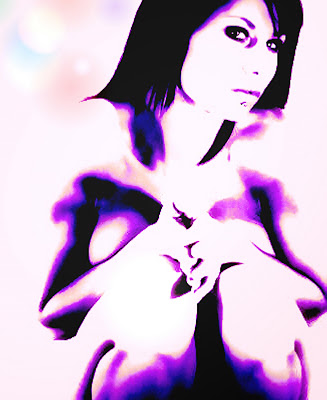 Thank you to Miss Boux for letting me use her photograph in this picture.
Simon
Posted by Crescentsi at 10:25 pm 7 comments: 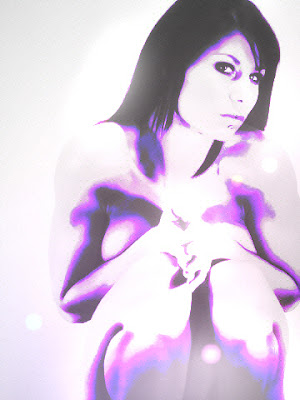 Thank you once again to MissBoux for the original photograph
Posted by Crescentsi at 10:22 pm No comments:

another probability until
we invent
this

Everything in these walls
That confines my thoughts,
Tramples the systematized
Files I wish I never sought.

The rush coagulates at once
In piles of decaying debris;
I embrace everything 'cause
Everything envelops me.
Posted by Rose at 8:04 pm 5 comments:

lessonserase what dandelions do : always presentpressure
in storytense
listen to the stonemotioninnature
it lessens this /loosens that /everything invents probability
yard -offers- story- child
for thirst minted /imagined

Thank you to Miss Boux and Intergalactic Hussy for allowing me to use their photographs/art in this image.
Simon
Posted by Crescentsi at 12:43 pm No comments:

in present tense
everything is
stone

or
sky everything
in motion changes

what if life
were newly
minted

dandelions
left whole
in the yard

no wine from
each imagined
thirst

for
company for
joining being one

everything is lesson
listen to
teaching

another probability until
we invent
this
Posted by Sheila Murphy at 6:04 am 1 comment: 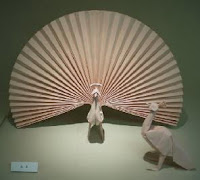 my institution is back - for essential re-consideration.

you have taken economy, radio) my quality -

you, my generic you , abysmally false as action bearer ...

hand and looks and economy with the same argument :

drama of poetic strikes with cuts over all these standard decades.

redundant, my generic u , take care of my individual

on the long-term Journalism forefront......with the public as public.

The BBC in Trouble

So, it appears that even the world-renowned, British institution - the BBC is not exempt from government cuts, redundancies and (in my view) a resultant lowering of quality. Inevitably industrial action looks likely to follow.

In the UK, we now have to accept that our health service (NHS) is a poor version of what it was, compromising patients' health and suffering a massive increase in bureaucracy and making redundant, essential health and care workers. We have seen strikes from the civil service and, more recently from the Royal Mail. The current Labour government are determined to cut back on all public services, opting for profitability over quality of service. Individual workers and users of public services have been treated abysmally - their views and their lives are not taken into consideration.

The BBC has been at the forefront of television for decades. It has provided superb documentaries, unbiased news reportage and has retained quality in areas such as drama and film. In today's multi-channel environment, where quality is often compromised for the sake of quantity, the BBC has acted as a standard bearer of quality. The BBC has a tradition of educating the public (both TV and radio) and to lose this would be disastrous for the status of British Media and Journalism and for the general public. I have seen the quality of health and care reduce immensely since "essential" cuts and redundancies have been made in the NHS and related health providers, to "improve services" as it has been claimed. I believe that the same will occur with the BBC.

It may be argued that these cuts are to enable a strong economy in the UK. My argument is that this is a false economy, that does not consider the long-term effects of reduced quality.


Link to BBC article
Posted by Crescentsi at 8:19 pm No comments: Where I Fit In

These are Barren Times (Emmigraton song)

Ooh! That expressionless cyber sex
relationships by proxy, via
mechanical suggestions
that someone else is out there
Harsh and clever on the surface

Beneath, as lonely and frightened
as you are

See the land
the clearest indication yet
We're farther from the beasts
The beasts that we will necessarily meet
Posted by Crescentsi at 6:13 pm No comments: 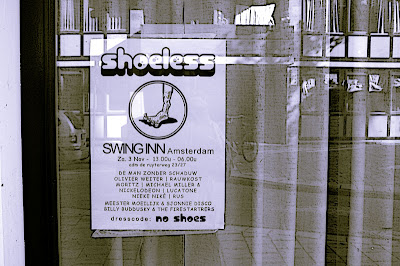 an open window lets in seventy
degrees a beat before midnight

these walls enclose the change of season
houseguests come to represent

I continue to erase what interferes with
spontaneity in taking breath

Thank you to Miss Boux and Intergalactic Hussy for letting me use their images in this picture.
Simon
Posted by Crescentsi at 3:28 pm 2 comments:

unsafe safe
and a root under

there are voices there for ever -

(20) and I sign in as carmen to
2:24 Sheila
to trace Murphy choiceful walks

no catacombs with 0-near darkness

catacombs
we live
consentingly as free

filaments
marvel at
travel a reality

slide after slide
pretending each
differs

from
each although
identities are blended

on to other
ribbons of
life

pray
for crest
to match crest

rest not to
stop ever
pray

symptoms
reflect root
under the evidence

manifest this once
where safety
falls
Posted by Sheila Murphy at 2:24 am No comments:

watch the light in music
hover with rest
and dampness play
into the light
the quiet
and the safe
or unsafe whispers
Posted by Sheila Murphy at 5:51 pm No comments: 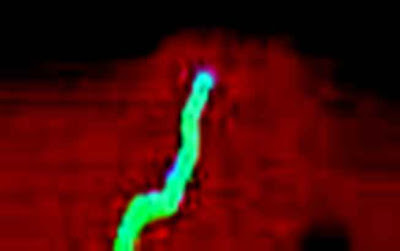 premises in print
divide conquest
into

fact
ions apart
from base hit

first to third
explicative undress
so

wayward
thoughts lift
to the sky

where
each one
resides in pacem

why not host
a shoulder
particle

why
not impede
this blithering story

it is night
again time
to

look
into thought
for its inclusion

to the point
of caved
relief 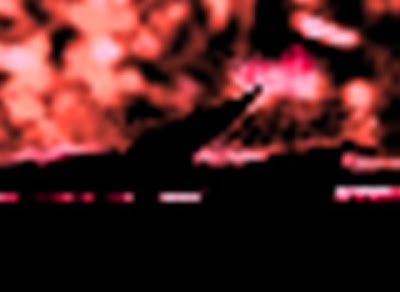 the modesty of garden mist is fathering
still gate commitments

please, choose your text
Posted by carmen racovitza at 10:01 am 14 comments:

showing renewal (would
breath open) for others
along the stream
this relay of belief
Posted by Sheila Murphy at 8:32 pm 2 comments: