"Michael Jackson dead? What are you talking about?"

This was my reaction when I was first told about the death of the eccentric entertainer. I would write at some length about this, however time is, as usual far too constraining.

A number of points I would like to make briefly.

Firstly, Jackson was a creation of the media and people knew him as a household name through the media. This may sound a little trite, however people felt that they knew Jackson even though the vast majority of people didn't know him at all. Jackson, with the exception of, perhaps Madonna, played the role of Pop Star and media icon/personality better than anyone else. Jackson was especially appealing to the public because he had this talent mixed with a vulnerability that, somehow seemed to transmit into the global "public consciousness".

Secondly,Jackson was a bright and very talented individual - we shouldn't let his eccentricity detract from his artistic development as a Pop performer and songwriter. His experiments with rock music and soul/pop were influential to many musicians and his dancing was excellent.

Thirdly, Jackson was troubled in his latter years by allegations of molesting children. Never out of the media for long (e.g. oxygen tents, a pet monkey, plastic surgery, skin-whitening, etc.) we may never know the truth about these allegations. Jackson was, undoubtedly eccentric and this may have been misinterpreted as something sinister. As a wealthy man, Jackson could have been the target of unscrupulous individuals. Although the allegations were proved false in court, suspicions still remained regarding his behaviour.

Because of Jackson's untimely death, at the age of fifty, it seems fitting to remember him as a talented and innovative Pop musician and performer. He brought pleasure to many peoples' lives through his music and performance. However, as a master of playing the media game, reinventing his image and frequently, innovative within the Pop music field, it could be said that he was a victim of his own, tremendous success. 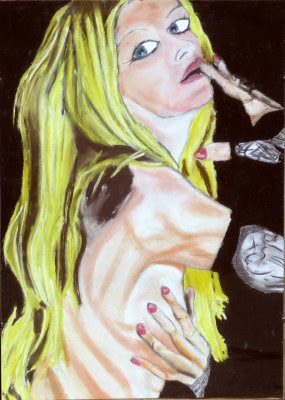 Decided to get out my Pastels and Charcoal, for the first time in a while!!
I used a photograph by Lollah to work from, however it is not meant to be an exact copy.
Lollah's photograph
Simon
Posted by Crescentsi at 3:07 pm 7 comments:

An interesting essay regarding, so-called "Altermodernism" published on Mute magazine. Apparently, a new art/cultural movement to replace Post Modernism. It smacks of Post Modernity to me, slightly redefined with an emphasis on Modernity (recherche, Post-Modern) evidently hoping to capture a new spirit of invention via Modernism. Now, how many times have I heard that!

this quiet June daylight
warm and never warm enough
again
Posted by Sheila Murphy at 2:00 am No comments:

normally I would defray the cost of seventeen unwanted thought forms and the evidence she reveals her own compulsion to release remaining all the while unwanted by my troth.

so soon again I am refusing how I usually refuse to overcome the waves of unordered sprawl of terminal availability.

let something go a change would be nice just the wings thanks no more open source broad butterfly in lemon tones.

offer to have reinstated present tense where violations did not count thus were routinely underlooked the point of them discounted constantly.

endowment mulches fraught hills and an envelope a net a cardboard box pressed into future disservice will suffice a long time prior to bonds being called.

everything irks sans surprise she's constantly where no one has trespassed I like the quiet of my extroversion when introversy blemishes the joy it carries even while I'm sitting still.
Posted by Sheila Murphy at 7:58 am 2 comments: 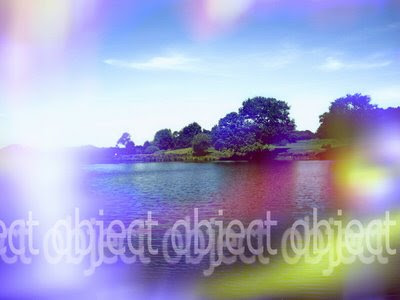 Objective/subjective narrative....
An "art-object" is a contradiction in terms/objecting to overt use of objectivity...
Have posted this image/text on Flickr, but I may get labelled "wierd" - as in intelligent or creative... mmm! Mediocrity any one? Or how about the thought-policing of democratia? Haha!! I jest, of course ;-)
Simon
Posted by Crescentsi at 1:31 pm 1 comment:

The movement of history...

barter. Idiosyncratic indecision
masquerading as certainty truth
we must eat it sleep it fuck it
to dump it as shit

Le Soleil les abres le ciel. To
enquire, to begin again. The turf
is sodden with worms light is a
prism

I feel too close
too close to you
Posted by Crescentsi at 5:00 pm 2 comments:

Is the "Internet Arts scene" becoming boring? I am certainly noticing a difference in attitude and the type of work displayed. I am also spending more time on art projects in "real life".

Censorship, mediocrity, spam and a lack of experimentation seem to be the latest trends in the arts on the Internet. Certainly, there are exceptions to these trends, but they seem fewer and farther between. 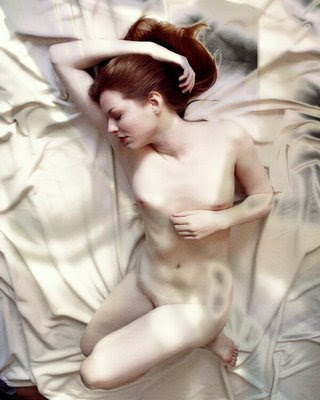 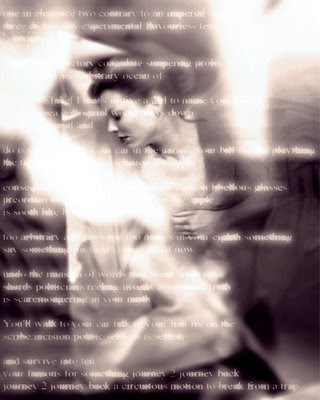 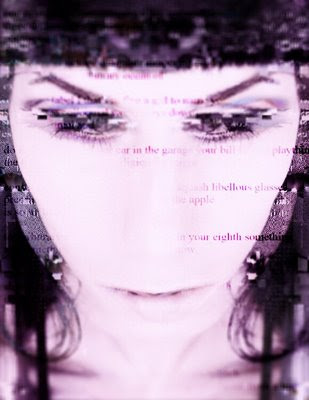 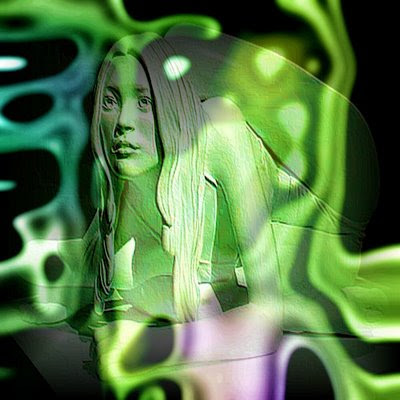 By Jeff Crouch and KR Copeland
Posted by Crescentsi at 6:54 pm No comments: